A LIFE OF CRIME OR
THE WAY TO HAPPINESS? 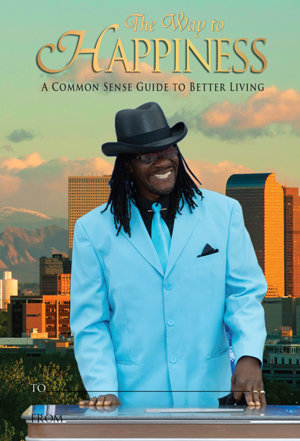 Reverend Kelly shares his story of reducing gang violence in Denver.
“The Rev” uses the 21 precepts of The Way to Happiness as a simple and powerful tool.

Reverend Leon Kelly is a Denver legend. He is known simply as “The Rev” to locals. Pulling himself out of a life of crime, he has since worked to help thousands in his city do the same.

It began back in the 80s, when Kelly saw street gangs forming in Denver—what he called “a cancer.” He knew these gangs would start small and, left unattended, would destroy the city.

Determined to stop his city from succumbing, he formed Open Door Youth Gang Alternatives. Reverend Kelly has used the program to steer many away from a life of crime.

There was one thing, however, he lacked.

The answer came in the form of The Way to Happiness (TWTH), a non-religious common sense guide to better living centered around 21 practical precepts.

Kelly was impressed with the book’s powerful simplicity and promptly had his own custom-cover copies produced. These could soon be found in the hands of hundreds across the city, distributed according to Kelly’s signature technique.

Kelly considers every book he gives another a seed that one day will save a life—one that would otherwise be lost to crime.

After handing a book to a stranger, he will tell him to read the first chapter on precept 1: “Take Care of Yourself,” then and there.

“Was there anything in there you disagreed with?” Kelly will ask.

“No, nothing at all,” will be the invariable reply.

Kelly does this wherever he goes. Those he gives the book to come back reporting they found every precept applicable, he says. Then they ask for more copies for their friends, neighbors and family.

Kelly began to incorporate The Way to Happiness and its corresponding public service announcements (one for every precept) in his weekly “Flipping the Script” meetings. Designed to help bring parolees back into society while keeping them out of gangs, the meetings are now structured around a single precept like “Be Worthy of Trust” which the group will examine in their life and use to launch sincere discussion.

“The Way to Happiness has allowed me to have different topics that could be applied and accepted by anybody I speak to and pertaining to any type of thing they’re going through in life,” says Kelly.

Kelly considers every book he gives another a seed that one day will save a life—a life that would otherwise be lost to crime.

Ronald Sloan, retired Director of the Colorado Bureau of Investigation, recognizes this as well. He put it this way in a written acknowledgement to Reverend Kelly: “There is always work to be done, but as the book that bears your picture on the front cover, The Way to Happiness, says ‘Safeguard and Improve Your Environment.’

“You have brought the message of that book—from taking care of yourself to flourishing and prospering—to all the citizens of our great city. I commend you for the work you have done this year, and in all years past, to make that happen.”